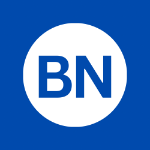 By BluesNews
January 23 in General TV

The discussion about channel numbers is missing the entire premise of CBS News Detroit. Somebody please show me how to tune my phone or web browser to Channel 62...   This is an operation bu

I think it's necessary to reference @Myron Falwell's post from the KCAL thread as it's extremely relevant to the ongoing channel number discussion. Long story short, look at Birmingham's WBMA, which b

No wonder why they must've been delayed so many times since announcing their return to news. They wanted everything right and they didn't launch until the full quality was perfect. Take it like a comp