A tour of WLII's (mostly completed) news set (in Spanish) 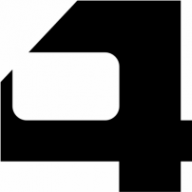 By kimmykun,
July 12 in Sets & Studios