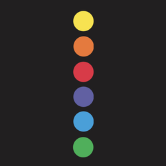 By freelanceproducer,
July 9, 2021 in Network News