I think the reason they’re even sitting there is to adjust lighting. Phew, people this set hasn’t even been seen through a studio camera yet.

This. The color temperature seems off, like the house lights are on too... 🙄 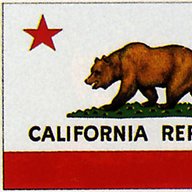 The set is great. They've succeeded in making the studio look much larger than before—the old FX-designed set felt very cramped, especially coming from the large set they had back in the old building