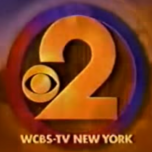 This thread isn't even about Bill!   For real, this thread is getting ridiculous. It's summertime, so if John isn't on, it doesn't mean he's unemployed. If they don't mention his absence, that would put them in practice with dozens/hundreds of other stations. They've rearranged assignments, stop mentally hiring people for a position that isn't currently open. John's demotion does not mean that they're trying to combat against Sam Champion. Related, Lonnie isn't going to move to morning
Recommended by 24994J

This topic is now closed to further replies.
Sign in to follow this
Followers 7
Go To Topic Listing
×
×