I wonder if we could see the likes of: 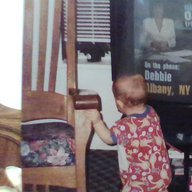 Jesus. I don't know what any of that means, but it sounds bad for us and good for Sin-Don't Care.