They may have the most ACCURATE forecast, but not with spelling! (See top of banner. Irony!) 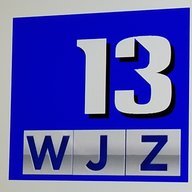 Might as well bump this thread. WYTV has started to phase in the WISH/WHTM package with weather.  https://www.wytv.com/weather/watch-rain-chances-fade-wednesday-return-later-this-week/

WCIA has picked up the CBS package.