The Essentials: The Best Opens and Promos

They had this fantastic look and sound for maybe a little over a year and then Scripps went and ruined it with a switch to a standard package which was a huge step down.

I consider this one of the all-time greats, but it's CRIMINALLY overlooked--this gem from WBAL in the late 60s:     This one's also in my top 10 if for no other reason than how it predated WS 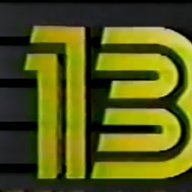 Similar to what Raymie did, I've counted the '80s with news opens that I personally think defined each respective year.   1980: WFAA went head-to-head with KXAS' MCTYW open showing tons of action s