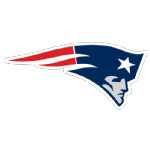 Glad I can continue watching WBAL when on vacation in Rehoboth or Ocean City.